ADDICTIONS: A FIGHT AGAINST YOURSELF

Sister Morphine sung by Mike JAGGER, celebrates the effects of a Pharmakon turning nightmares into dreams. But to what extent does the substance relieve everyday ailments, suffering or even agony? My life is dominated by anxiety and it's super powerful " says AVICII, Swedish DJ, with disconcerting sincerity, in a report dedicated to him, broadcast after his death. He would have committed suicide. Tim BERGLING of his real name, describes himself as very shy: “ I felt judged because I was not an extrovert, like being introverted was seen as something lower. Creation was his life engine. This gift for creating melodies locked him in the infernal spiral of notoriety, and alcohol helped him to support this world in which he did not find his place. " I had everything to be happy, and yet I was not. he tells us with great lucidity. We see in this life story how les effets des addictions sont ressentis comme des temps de parenthèse permettant d’occulter les pressions du quotidien et d’effacer momentanément, par l’oubli, les craintes. ». One can wonder about these parenthesis times provided by the substances. Parentheses where new bodily sensations enliven the subject.

The story of Tim BERGLING gives the impression that there is an impossible to exist without substance. Alcohol gave him the strength to go on stage, but also to connect with others. Tim BERGLING tried to fight a slow fall in a dark world, where he could not be, outside of his artistic creation. He fought against himself. Drugs, alcohol and music were his attempts to be himself and helped him fight the throes of depression.

What challenges us is the way the substance comes to give a capacity, allows Tim BERGLING to change the scene and to be AVICII. The substance appears to us like a crutch.

After watching this documentary on AVICII I wondered how addictive issues shed light on the construction of the feeling of being oneself which seems to be so lacking in addicted patients.

There appears to be a shaky form of being in addicted patients, marked by an inner emptiness and a struggle against oneself. They then let me glimpse an existential question animating their being: "Who am I?" " I have the intuition that the substance overcomes a difficulty in being oneself, in feeling oneself. The substance would then act as a prosthesis of being.

The addictive problem has a particular relationship to addiction. Dependence has this particularity of having been experienced by everyone in the first moments of life. This is what S. FREUD will describe in the Hilflosigkeit. The infant is indeed entirely dependent on his environment and on the mother providing primary maternal care. D. WINNICOTT will describe this first phase of early childhood development as a phase of absolute dependence. Thereafter, "the ability to be alone first in the presence of the mother, then in her absence, is one of the stages of gaining independence.

The addiction now addiction of the subject to an object, would it not compensate for a failure in the stages of gaining independence, including the ability to be alone? The addiction would be " the most visible expression of this dependence manifested by a frantic search for a product, a situation or an object consumed with greed" In this difficulty to exist alone, for oneself and by oneself the substance becomes like a pillar in the life of these patients. Drugs and alcohol are crutches which try to help the person to get on with their life, and to endure past pain or difficulties.

It is difficult to think that we will always be alone, alone to think, alone to desire, alone to dream. The stages of life since our birth aim to support the child towards empowerment, then to allow the adult to live his relationships turned towards new object of love, while accepting this loneliness and this lack native proper to every human being. This is what is difficult to accept in the person suffering from an addictive problem. there is like this fundamental need to fill with substance or with the object of addiction (which can be a romantic or friendly relationship), the inner void that we can all face. In the addict subject, it is a ceaseless struggle between the adult in the making and the small child who persists.

Finally in the addiction a fight against Self is established. 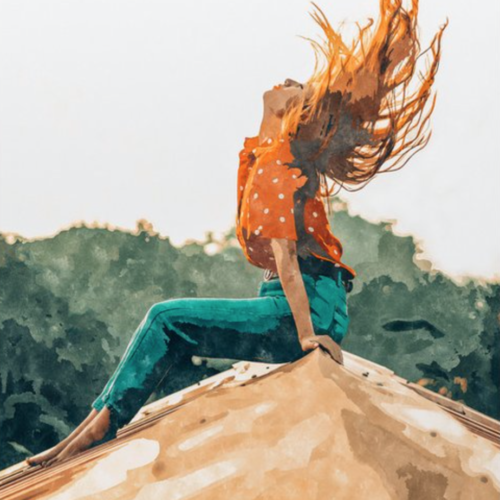 Click on my photo to learn more about me!